The life of a spy is dangerous and unpredictable, but one constant always remains: a killer uniform paired with a confident demeanor. From James Bond to Eli Cohen in the new Netflix series ‘The Spy’, these spies can be instantly recognized by their crisp suits. Even if your job doesn’t involve going undercover to save your country, you can still easily mimic a spy’s coolness by copying the look.

Sacha Baron Cohen’s character Eli had a drastic makeover upon starting his new job. In the beginning of the series, he wore a humble short sleeve shirt and trouser combination while working as an office clerk. It wasn’t long until he was rocking a sleek 3 piece suit on his first mission, with a new self-assured persona to match. Cohen’s spy wardrobe is proof of the power of a good suit, even if your job description doesn’t involve covert undercover missions. Whether you’re starting a new job, are looking to get a promotion, or just want to stand out at an upcoming special event, look to the spies for inspiration.

Eli Cohen’s first task as a spy was to dress the part. After being picked up by an associate on his first mission, he’s taken to a safeplace and is immediately led to a wardrobe full of crisp tailoring. After a brief moment of consideration, he reaches for a pinstriped shirt and a classic charcoal 3 piece suit, which he accessorizes with a simple white pocket square and a patterned tie matching the overall color palette.

The typical grey Suit of The Spy

Another essential part of the spy lifestyle? Scoping out the elite at exclusive parties - black tie dress code, of course! This makes a tuxedo a must-have in a spy’s closet. Cohen opts for a half and half combination by pairing a white round lapel jacket with black trousers. He makes a statement by neatly tucking his bowtie underneath his shirt collar, instead of going for a traditional knot. 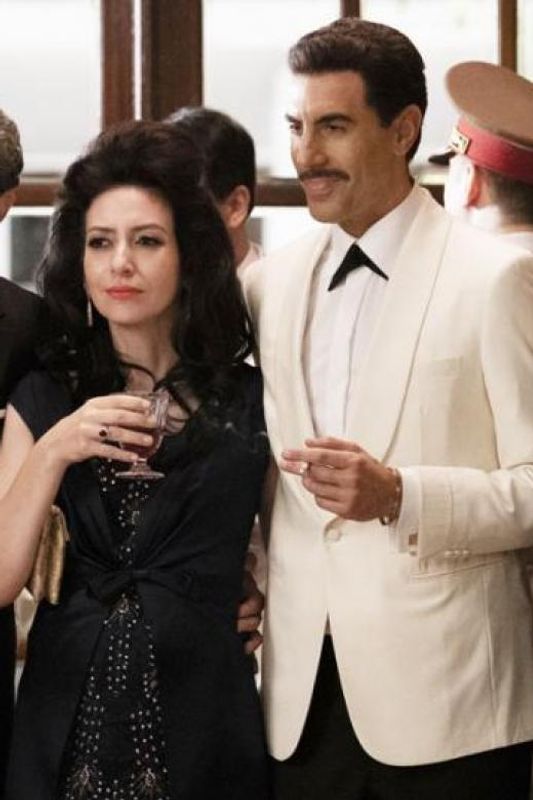 Throughout the rest of the series, we get a good sense of Cohen’s dress sense. He prefers clean lines, slim cuts, and classic colors: grey, beige, burgundy and blue always paired with a crisp white shirt. He never forgets the finishing touches - ties and pocket squares - which is where he can add a subtle but poignant print. The series is set in the 1960s, but all of his looks remain relevant today. Even having one well-tailored suit is an essential for every man. It’s an item that will keep you looking smart for decades, and you’ll never have to worry about it going out of style.

The Red Suit of the Spy

Styling Tips From The Spy

‘The Spy’ has a riveting plot line based on true events, but the styling is so good it’ll make you momentarily forget about Syrian-Israeli conflicts. Men should take note for their everyday wardrobes, even if you don’t have to wear a suit regularly.

The Blue Suit of the Spy

Maybe you’ll never experience the thrill of being a spy, but you can definitely look the part. Copy the look with Hockerty!